Posted on December 2, 2009 by GoldenRule

Yesterday’s venture into the creations of my youth was wonderfully cathartic. So, I thought I’d double-dip.

In the mid-80s, despite brisk sales attained in 10% of the households on Cloudland Drive in Nashville, TN, ground-breaking publisher, Fantasti-Comics, Inc., chose to courageously kill off each member of Squad-Force X in just its third issue, even the very popular Cat’s Eye, whose striking resemblance to the Thundercats Panthro was mere a coincidence. Tapping into the cultural zeitgeist, if you will.

P.S. You have to love that Dragon Knight [the only survivor] wore his cape OVER his radiation suit. His medieval dedication to super heroic couture is unrivaled. 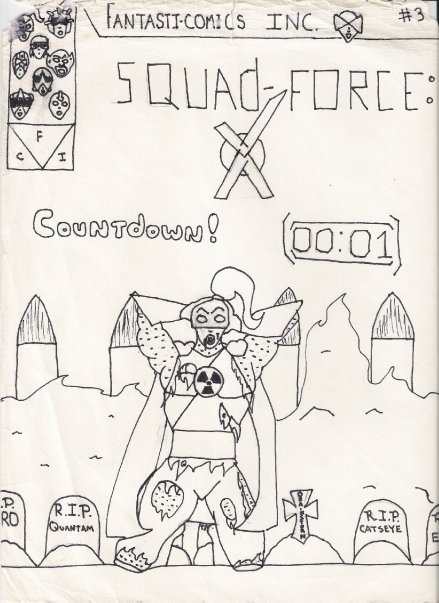 Yes. The bad guys DID take the time to bury the heroes! Thanks for asking.

This entry was posted in 1 and tagged Bendis, Comic Books, Comics. Bookmark the permalink.