So, Kelly Thompson set up her dream cast for AMC’s The Walking Dead show over at her blog, 1979 Semi-Finalist … and I wanted to jump into the fun. Now, I agree with many of Kelly’s choices, especially Nathan Fillion, but I decided to play this as a real casting agent would … looking at who’s available, who wouldn’t be too expensive and not picking too many people off the same show (three rules “Flash Forward” has chosen to avoid, somehow).

So here goes. I’ll be brief.

Rick – Ben Browder
Yeah, I know people are split on “Farscape.” They either adore it (like me), or say “the Muppets killed it for me.” But, one thing is for sure … Browder’s got the wholle gammut of emotions in his bag. And, he’s playing a man at the end of his rope down cold. (P.S. Please forget Stargate ever happened to him. A man’s gotta’ feed his family.) He deserves this. He can do it. 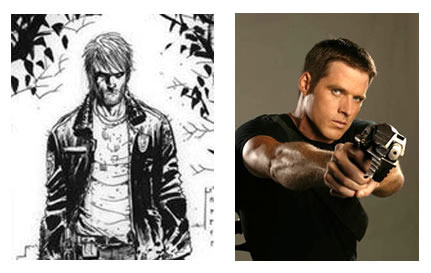 Lori – Alicia Coppola
Not only does Alicia fit Lori to a tee phsyically, but I think she can handle Lori’s quiet misery and shame. 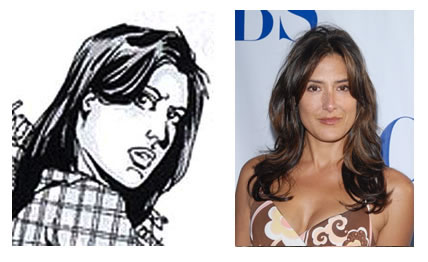 Michonne – Taraji P. Henson
I’m not saying “Smokin’ Aces” is a favorite movie, but Taraji’s performance as the little assassin who could, broken hearted that Alicia Keyes ends up with Common is the only reason I go back to that movie for more. She would be perfect as a non-violent woman who becomes a killing machine in the new, zombified world. 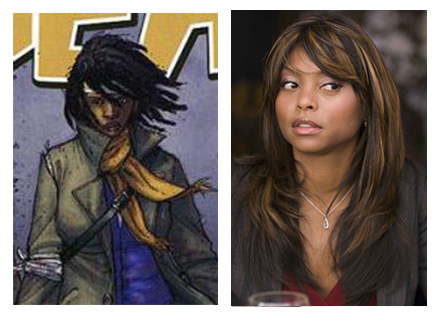 Tyrese – Roger Cross
When Curtis was bumped off as a pathetic plot decide on “24,” I was certain it was because Roger Cross had secured a better gig. He is quiet, imposing and terrifying. Hire him now. 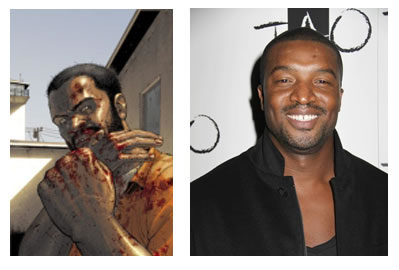 Glenn(da) – Julia Ling
I don’t like to gender swap for no reason, but I’d love to see Glenn become Glenda (ah, Ed Wood) and seduce the farmer’s daughter. And, Julia Ling can do it. And, she’s an expert martial artist in real life. Watch out, undead.

Dale – Michael Hogan
The hardest part of “Galactica” being over is not getting my weekly fix of Col. Tigh angst and grumbles. Dale tends to be the chipper one of the group (if there is such a thing) AND he does well with the younger ladies. Mr. Hogan is your man. 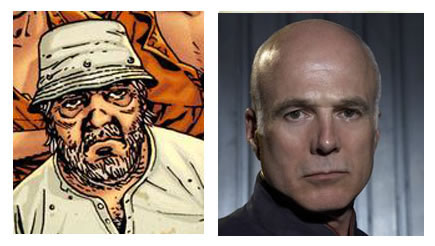 Carol – Beverly D’Angelo
A former beauty queen who’s smoked too many cigarettes and chased a few too many men. That’s who Carol always seemed to me in the comic. And, I think Bev can nail it. She is terrific in her sputs on “Entourage.” 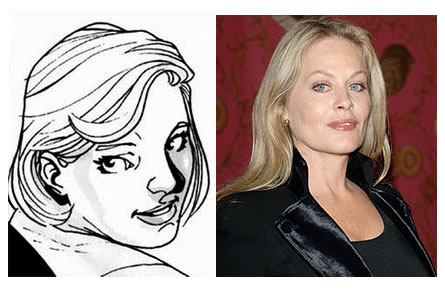 Andrea – Autumn Reeser
Okay, it’s my second Josh Schwartz OC/Chuck actress, but Autumn can pull this roll off as the scarred beauty who loses a sister and gains mad skills as a markswoman. Oh, just like Taylor Townsend, she likey the older men. 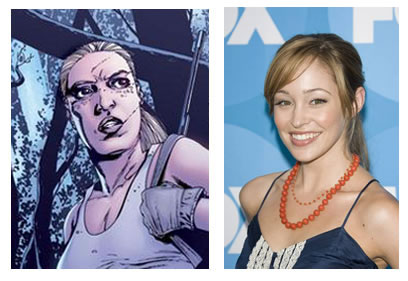 The Governor – Michael Kelly
Oh, please let the show live long enough to meet this bastard. And, when they do, let’s tap into a zombie vetran (“Dawn of the Dead” remake, baby.). Michael Kelly should be a bigger actor. He’s got great chops … a smarmy charm … and a quiet menace to him. 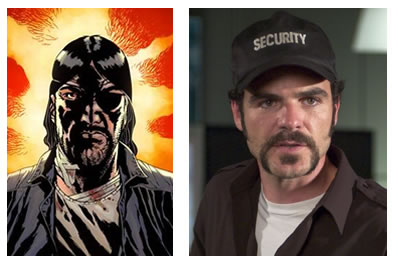